Book Launch and Book of the Week 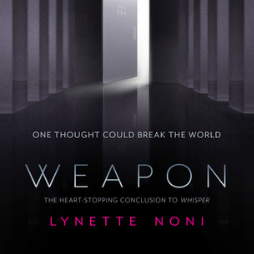 Our latest Read Like a Girl event, where Riverbend Books in conjunction with Mt Alvernia College launched Lynette Noni’s new novel Weapon, was a huge success! Photos from the night can be accessed via the Photo Gallery on our website.

Weapon is the heart-stopping conclusion to Whisper which is an absolute favourite with our students. 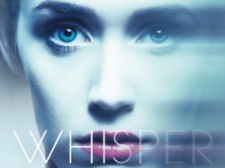 As Jane’s resolve begins to crack under the influence of her new — and unexpectedly kind — evaluator, she uncovers the truth about Lengard’s mysterious ‘program’, discovering that her own secret is at the heart of a sinister plot … and one wrong move, one wrong word, could change the world. 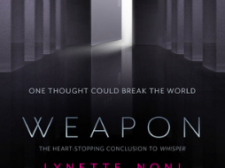 I already knew he was a psychopath. But now?
He’s more dangerous than ever.
And I have less than twenty-four hours to stop him.

After escaping Lengard and finding sanctuary with the Remnants, Alyssa Scott is desperate to save those she left behind ─ and the rest of the world ─ from the power-hungry scientist, Kendall Vanik. But secrets and lies block her at every turn, and soon Lyss is left questioning everything she has ever believed.

When long-lost memories begin to surface and the mysteries of her past continue to grow, Lyss battles to retain her hard-won control. Allies become enemies and enemies become allies, leaving her certain about only two things: when it comes to Speakers, nothing is ever as it seems… and the only person she can trust is herself.