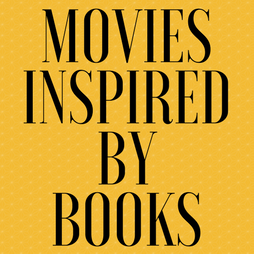 Keep an eye in the near future for these movies and TV series that have been inspired by some of our favourite reads.

The movie is based on the novel Wonder by R J Palacio. Make sure you read this inspiring story before the film.

Auggie is a ten year old boy who has been born with a craniofacial difference. He has been home-schooled while undergoing numerous surgeries but it is now time to go to school. He starts Yr 5 and the book takes us on his journey from his first day at school to the last one for the year. This book is literally a wonder to read!

The story of Auggie and his navigation of his first year at school is an inspiring one. It’s both sad and affirming and raises some pretty complex questions about perseverance, bullying, love, fate, resilience, coping with adversity and support.

Read it and see what you think.  You won’t be the same person having read it.

Wonderstruck, the book by Brian Selznick

Ben and Rose secretly wish for better lives. Ben longs for his unknown father. Rose scrapbooks a famous silent actress. When Ben finds clues and Rose reads enticing news, the children independently run to New York for what they are missing. Ben’s story in words, Rose’s in pictures, come together in deafness. (Goodreads)

In This Corner of the World, the movie

In This Corner of the World, the manga series written and illustrated by Fumiyo Kōno

1940’s Hiroshima Prefecture. Suzu, a young woman from the countryside, joins her new husband and his family in the shipbuilding city of Kure. As her beautiful home collapses around her, Suzu must confront the challenges of a new life while coming to grips with a world in turmoil. Unwilling to give up hope, Suzu struggles against the horrors of war to create her own happiness. (Amazon)

Zac and Mia, the  TV series 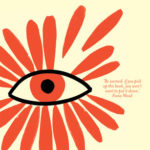 Zac and Mia won The Text Prize 2012, awarded annually for the best manuscript written for young adults and children. It joins the growing list of fiction dealing with death and dying of young people. It is based on the author’s experiences teaching young adults in an oncology ward and although it deals with the real issues of the day-to-day battle with cancer, the author says primarily the story is ‘a celebration of life, friendship and love’.

Zac and Mia are two ordinary teenagers facing extraordinary circumstances. They ‘meet’ initially in an isolation ward as they both undergo treatment. They communicate through Facebook and wall taps. The characters are so well drawn that they are unforgettable, long after the novel is finished. They are funny, brave, scared, angry and very real. Their story is heart-breaking and is a remarkable one about how people react to tough times in different ways. In hospital, Mia needs Zac. In the real world, it is Mia who must help Zac.

Reminding me of John Green’s The Fault in Our Star, this is a moving read in its own right and definitely one to recommend to young adults, especially those wanting to explore the issue of death and dying.