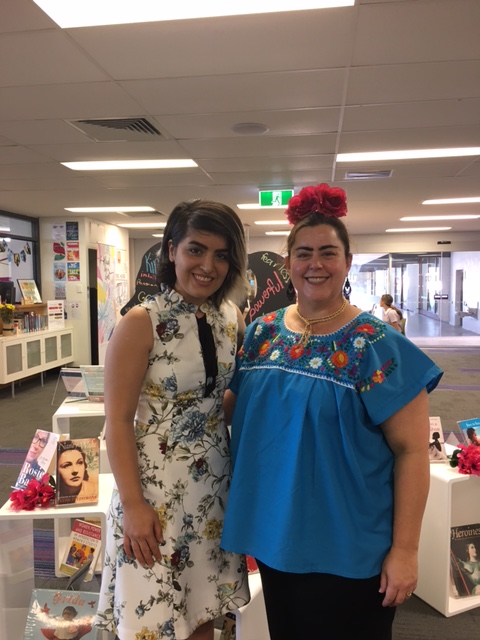 This year the iCentre team decided to base our theme for Literacy Week on Goodnight Stories for Rebels Girls, and we dubbed our theme: “Amazing Women – in Life and Literature”. It was a week of great energy and fun and we celebrated amazing women and mighty girls who are great role models for our students.

Activities continued all week and included: 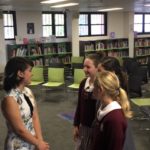 Guest speaker Mojgan Shamsalipoor who spoke to students and staff as a ‘Living Book’ . This powerful event opened our eyes to the struggles and setbacks faced by asylum seekers. 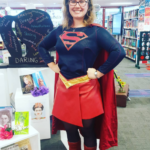 Staff and Student morning teas where we saw fantastic dress ups as amazing women from history and literature. 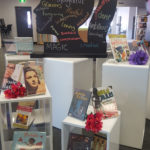 Fantastic displays and a new element this year – the iCentre Theatre.

This was a small theatre set up featuring a film, Amazing Revolutionaries, made by Ms Melissah Lester.

This powerful short film begins with the story of The Mothers of the Plaza de Mayo –  an association of Argentine mothers whose children “disappeared” during the state terrorism of the military dictatorship, between 1976 and 1983. They organized while trying to learn what had happened to their children, and began to march in 1977 at the Plaza de Mayo in Buenos Aires, in front of the Casa Rosada presidential palace, in public defiance of the government’s state terrorism intended to silence all opposition. T

he film then goes on to tell the story of Rosa Parks – a civil rights activist who refused to surrender her seat to a white passenger on a segregated Montgomery, Alabama bus, which spurred on the 381-day Montgomery Bus Boycott that helped launch nationwide efforts to end segregation of public facilities.

Finally, the film features the story of Aung San Suu Kyi – the shining face of Burma’s (present day Myanmar) claim for democracy and human rights.  An ardent advocator for human rights and freedom, Suu Kyi is the founding member and chairperson of the National League for Democracy, Burmese political party. Ever since her plunge into the Burma’s political scene, Suu Kyi has been against military rule and dictatorship and is working relentlessly in making the country feature among the democratic nations of the world.