Anniversary of the National Apology to the Stolen Generation 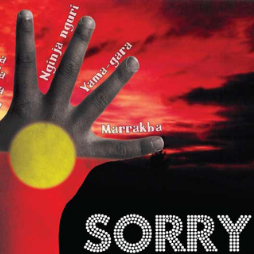 13 February 2021 marks the 13th anniversary of the day the Australian Government said sorry in Parliament, acknowledging the pain and suffering caused to Aboriginal and Torres Strait Islander people by the forced removal of their children from family, community, culture and country.

It is important for all our students to understand Australia’s past and work towards equitable futures. The following resources are recommended by the iCentre:

Australian Prime Minister Kevin Rudd delivered the Apology to the Stolen Generations on behalf of the Parliament of Australia.

Following the Apology, the State Library of Queensland captured responses from a number of Queenslanders from a range of backgrounds and geographic locations, recording their impressions, feelings and memories surrounding this event.

Responses to the National Apology to the Stolen Generations: Brisbane | State Library Of Queensland (slq.qld.gov.au)

Written by Michael O’Loughlin, a Gamilaraay man from Moree in northern NSW, the following article explains what is meant by the phrase the Stolen Generation, the government policies that allowed it to happen, and the effects still being felt by Aboriginal and Torres Strait Islander Peoples today.

The Stolen Generation – The Australian Museum

A powerful article by ABC journalist and presenter Ellen Fanning on facing the difficult truth about her family who lived on stolen land.